Australia is an ageing population – with one in seven of us aged 65 or over. This proportion is expected to rise steadily as we enjoy one of the highest life expectancies in the world. This means that as yoga teachers we are likely to encounter more older students in our classes and a strong demand for Seniors and Chair Yoga classes.

The good news is IYTA is spearheading Seniors Yoga training in Australia – and our first weekend training is being offered this December in Sydney. 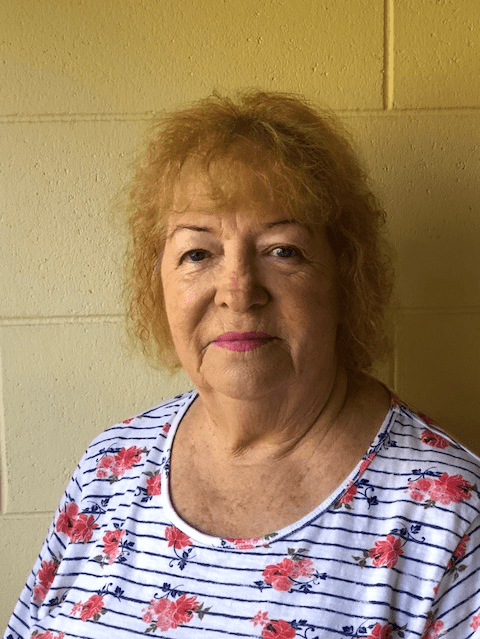 The course has been put together by the fabulous Beryl Broadbent with the help of yoga teacher Marilyn Pratt and the unwavering and invaluable support of the IYTA’s Sarah Manning.

Beryl first taught Seniors Yoga about 15 years ago after covering a class for a yoga teacher friend who was recovering from a hip replacement. Beryl also noticed many of her own students were dropping out of class due to hip and knee replacements and various other complaints that come with the ageing body.

Beryl says: “I saw a need for a different kind of chair-based exercise than the chair postures offered in some books at the time, so I started to introduce variations to my students in general classes.” This meant that Beryl’s senior students were able to continue classes without having to quit their yoga practice.

Since then Beryl’s been specialising in Seniors Yoga – she’s learnt how to adapt poses for an ageing body, how to structure classes to suit the older demographic and dealing with common physical issues such as students with pace makers, arthritis and hip and knee replacements. 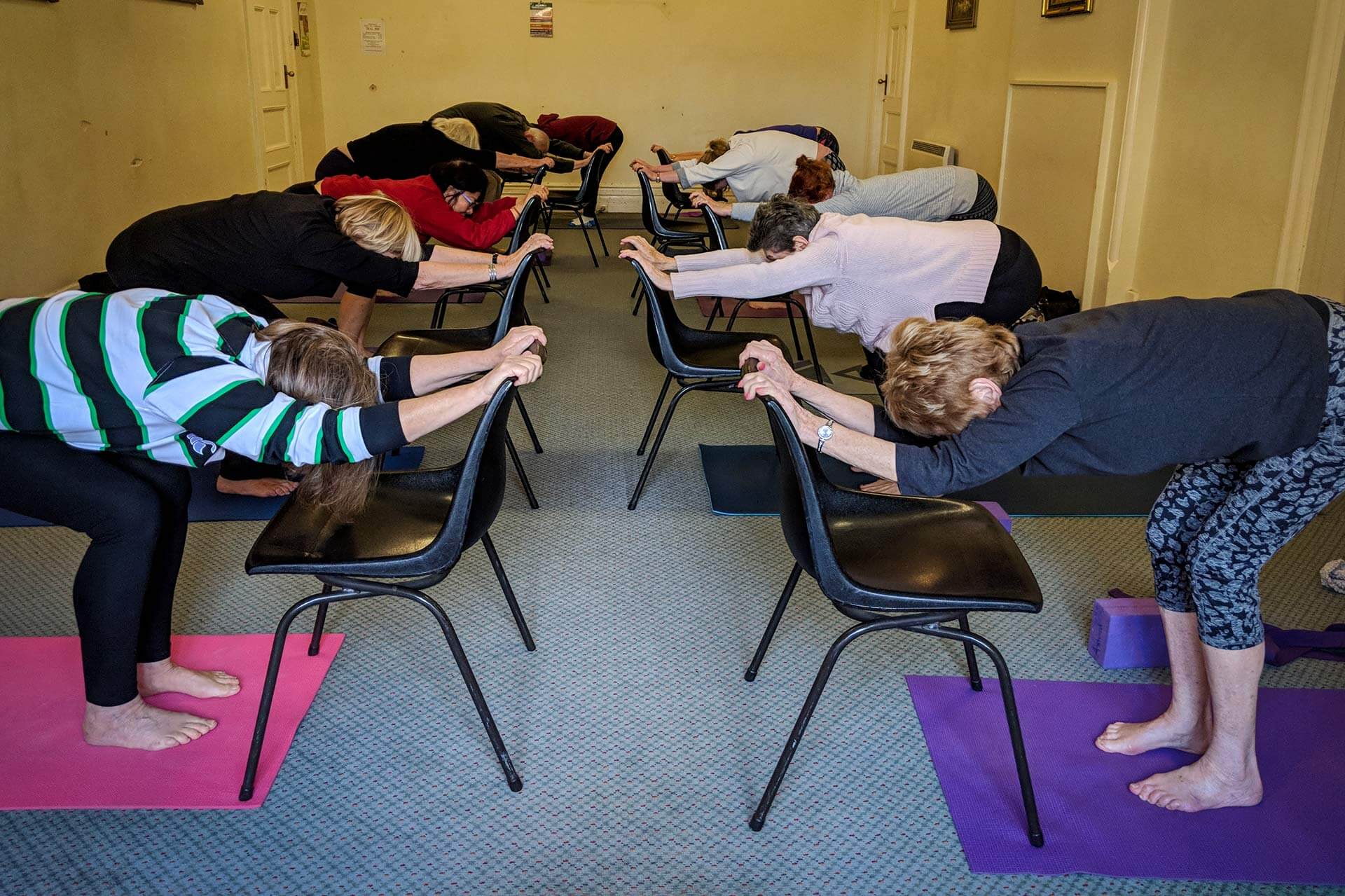 She explained that initially she experimented with the movements on a chair – being mindful of the varying degrees of mobility, balance and physical issues of her students. She says: “I used all the yoga principles and employing the breath to keep awareness of particular parts of the body.”

It’s also about managing expectations – and competitiveness! Beryl says many of her students come to yoga having played a lot of competitive sport such as tennis and swimming. They attend yoga because it’s been recommended and they still have that competitive spirit.

Beryl jokes that she often has to tell her students that she isn’t giving out gold stars for performance! “I just have to keep reminding them that their best is always as good as they can do.”

But it’s not just the physical benefits that older people gain from attending a seniors yoga class – it’s the social connection. As Beryl explains this is a time of life that is shrouded in loss. She says: “Loss covers so much such as the loss of independence if you lose your driving licence, the loss of close friends, a partner, your home… and lots of the students attend the class for the social connection with other people as well as the variety of movements – to keep themselves active and for friendship.”

Beryl adds that it is one of the most rewarding classes she’s ever taught. “One compliment I had recently was from a woman who had been doing my chair yoga classes for a few weeks, and she told me after all the years of attending various yoga classes she’d never really understood how to breathe and after my class she finally understood what yoga breath awareness was!”

Other students tell her how much better they feel. Beryl says: “Their comments, questions and compliments inspire me to find good moves with the related yoga context of awareness to body, breath and spirit.”

Not only is a Seniors class rewarding but it’s also going to be on more studio timetables. “We are all going to get old and we are an ageing population and far less mobile than our parents were,” says Beryl.

It’s not just yoga teachers who will benefit from this two-day training, but physios and sports trainers who work in an aged care related environment, nursing homes or retirement villages and yoga teachers, physios in small or country towns as an added extra to their general teaching classes.

And the IYTA course came about due to a throw-away line when Beryl was on a Hash House Harriers run in Singapore with Sarah Manning. The next time Beryl (whose youngest child lives in Singapore) was in the country she met up for a coffee with Sarah. They chatted about chair yoga and that is how this IYTA course was born… Beryl says: “Sarah has been the master developer and Marilyn Pratt has been a great help with her encouragement and ideas. Marilyn also teaches chair yoga but due to family commitments is unable to co-teach the course.”

And as for Beryl, well she chooses not to reveal her years – except to say she is of pensionable age. “Age isn’t a number, it’s a perception,” she grins.

Find out more about the new Seniors Yoga course