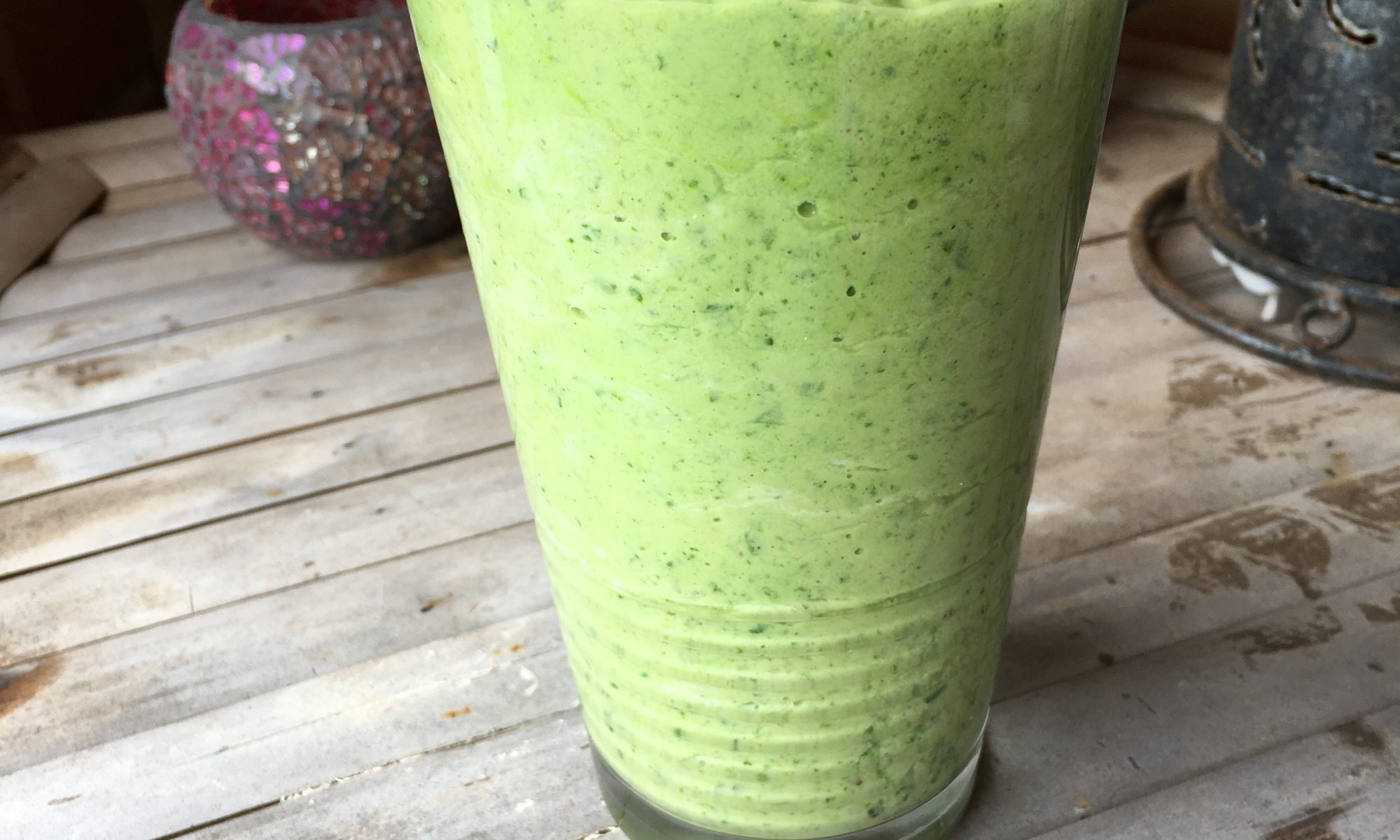 Most mornings our Treasurer, Surya (Sarah) Tetlow wanders around her garden selecting herbs and leaves for her delicious daily green smoothie!

In our pictured smoothie most of these leaves were included

If you are feeling decadent add organic cacao (but then it’s not green…!)

Make the base and then add the leaves and drink immediately 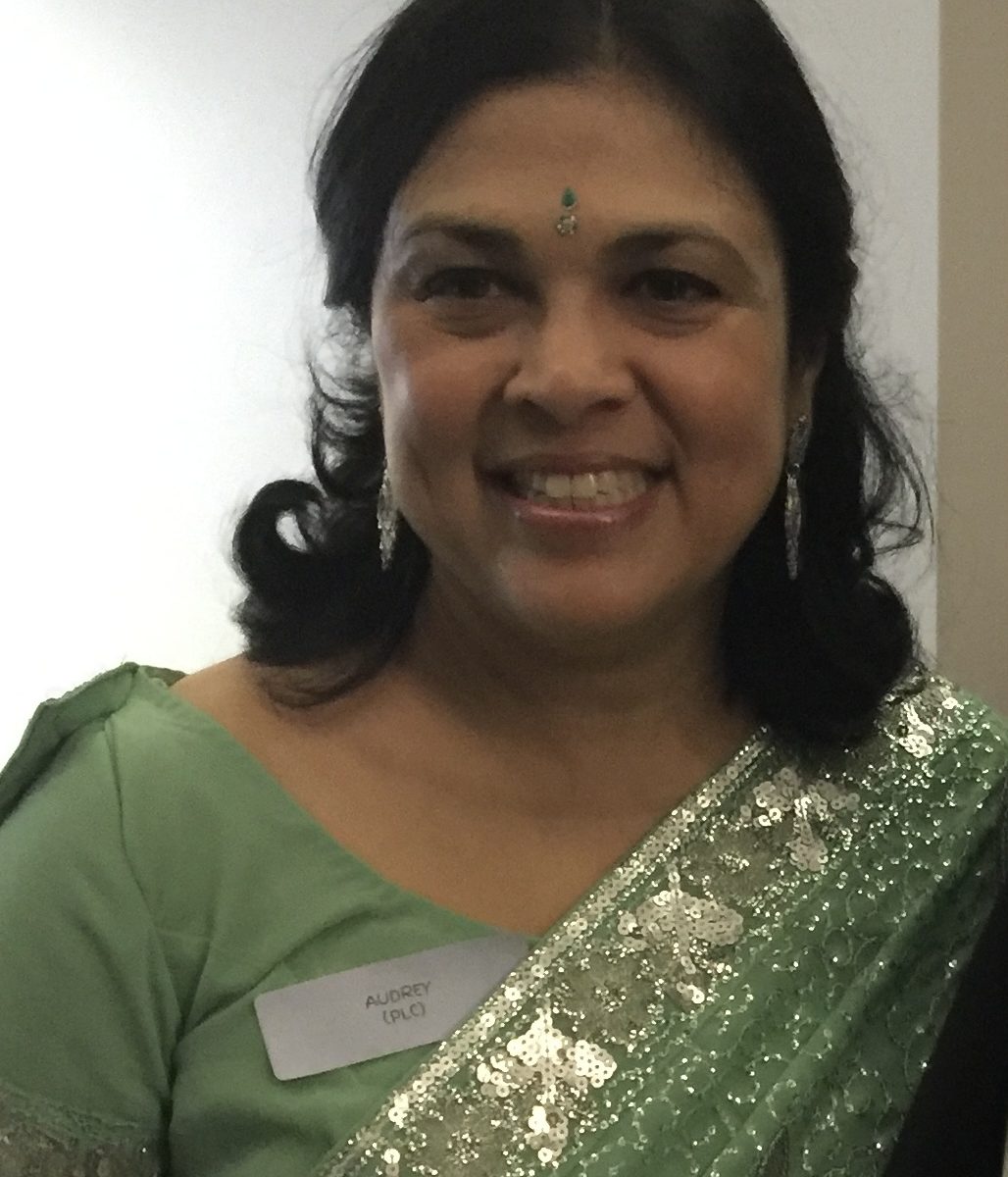 Enrolling in the IYTA’s Diploma of Yoga Teaching has given mum-of-three, Audrey a new-found confidence and perfect life balance!

Audrey D’Souza’s first memory of yoga was of her father practising asanas every morning. He was as a fighter pilot with the Indian Airforce and his yoga helped balance the daily stresses of his job.

Although Audrey was born and grew up in India, she attended a Catholic school where yoga wasn’t part of the curriculum. She says: “In India there is a huge awareness of yoga, but I didn’t practice yoga as a child – though we’d sometimes do “play yoga” where we’d cross our legs in padmasana and twist ourselves into shapes, but that was the extent of it!

Audrey and her three siblings moved around a lot as their father was stationed across India. Then at aged 16 she met Selwyn (her now husband).

The couple moved from India to Hong Kong, with their first daughter, Stephanie, before settling in Melbourne in 1993. Within a few years of being in Australia they’d had two more daughters, Samantha and Catherine.   With Selwyn often travelling for work, Audrey decided to stay at home to care for their three children.

She says: “As a young mum, I loved the relaxation. But I also loved the physical practice – using muscles I didn’t know even existed and I really enjoyed the stretches.”

Yoga became part of Audrey’s weekly routine for the next several years – it became a huge help for her not just physically, but emotionally – especially when her mother became terminally ill. In fact, while caring for her mum, Audrey spoke to her yoga teachers at Kuring- Gai Yoga School to find out how she could learn more about yoga. They told her about the IYTA’s Diploma of Yoga Teaching.

Audrey says: “I loved the way Liz Kraefft, Cathy Young, Lynne Tome and Margaret North all taught. There was a lot of care and thought to the safety and wellbeing of the student.  And most of them had done the IYTA’s Diploma of Yoga Teaching, so I just knew that was the one I would want to do.”

In 2019 Audrey’s mum passed away and while she was grieving, she knew she had to do something to pick herself up. One day she was working at her computer when she received an email from Amy – who was the DYT’s Course Manager at the time. It was a reminder that the Diploma of Yoga Teaching course was taking enrolments.

The email arrived at just the right time. After having thought about doing the course for a couple of years, she knew the time was right.  She decided to sign up. For the next five minutes she was excited, but then terror set in!  She rang her yoga teacher and mentor, Margaret North.

“Margaret was so reassuring,” Audrey says. “She knows me so well and told me that I was ready.  I asked my husband and daughters and they were all so supportive! They all had more confidence in me, than I had in myself.”

So I enrolled. On the first day I walked into the studio in Crows Nest, NSW. It was great to see a familiar face, Lynne Tome – a teacher at Kuring-gai Yoga Centre, but then I looked around at everyone else and started to panic. At 59 years old I was sure I was one of the oldest people in the room and they all looked so flexible and fit. I started to freak out and wonder what I’d signed myself up to. But it didn’t take long to realise that I was meant to be there, and I fitted right in.

“What came across very strongly to me was how much all the teachers were there to support us. Every teacher gave me the support I needed, whenever I needed it. “

“In the first teaching practice sessions that we did, I was shaking but the feedback I received was very complimentary, non-judgemental and constructive and that’s where the confidence started to build.  That confidence grew quickly and soon I was not afraid to stand up and teach, not worried about the mistakes I made, knowing I would be guided correctly.  I realised it was so friendly and supportive that in the end I found the teaching practices fun and something I would look forward to.  I could stand there and just be myself and that was recognised and appreciated.

“The moment I felt comfortable, I knew I was on my way and I owe that to each and every one of the teachers on the course.”

“In every way I have benefitted from the course – physically, mentally, emotionally – and my confidence has grown.

“I learned much more than I expected to.  The course was so comprehensive and besides gaining all that confidence, I gained in knowledge.  I also realised that this part of my journey is only beginning  I am currently studying Sanskrit, and looking forward to learn more Yogic philosophy, as well as updating my knowledge and skills.”

Audrey is now teaching private classes to eight students and has been booked to teach community yoga classes at the Kuringai Arts School. She’s also teaching meditation classes online with students across the globe!

“Studying the year-long course and qualifying as a yoga teacher has given me a new lease of life. I am happy I have found what I love.  Practicing yoga and teaching.  Selwyn is still working and my daughters have all grown up and I now feel as if I have the perfect life balance”

After graduating from the course earlier this year, Audrey went on to do the IYTA’s Restorative Yoga Training with Katie Brown and is now teaching Restorative Yoga too. She says: “I’m really happy I did the course and I got a lot out of it. I would absolutely recommend it to others. I think it is particularly important in today’s world and there are so many people who would benefit from it.”