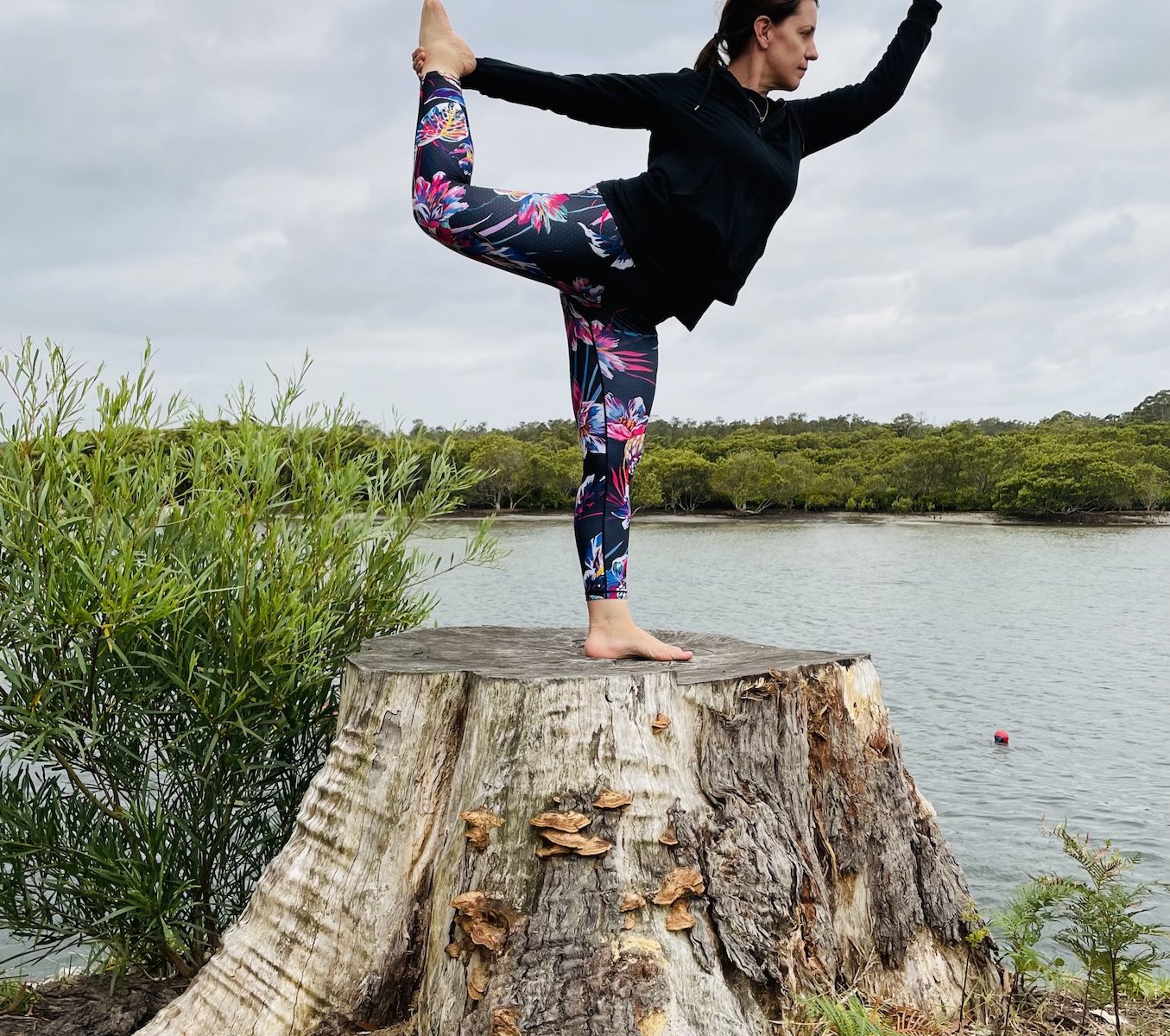 The high rates of anxiety and mental health issues among teenagers was one of the main reasons high school teacher, Shannon Herps decided to train as a yoga teacher.

Shannon had been practising yoga for a few years and wanted to increase her knowledge of the practice to help her own children – and her students – so she enrolled in the IYTA’s Diploma of Yoga Teacher Training.

The IYTA’s course was recommended to her by teachers at her local yoga studio in Glenbrook, NSW.

Shannon says: “I was a high school teacher I found lots of kids coming through with an increasing rate of anxiety and mental health issues. I had been doing a personal yoga practice for a while. I had done a kids yoga teacher training so I knew how beneficial yoga could be and I wanted to learn more.”

Shannon liked the fact that IYTA course took a year to complete – so not only are the study weekends spread out, but there is time to really absorb the knowledge and research each module thoroughly.

Shannon says: “When I started the IYTA’s Diploma of Yoga, I thought yoga was mostly about the pranayama and asana – I didn’t know about all the other aspects and limbs of yoga, such as the koshas and philosophy, so I really appreciated the opportunity to process the information during the year.”

The IYTA course has lectures set aside for posture reviews and teaching practices – so everyone has time to really understand the classical postures – including adapting and modifying them to suit different body shapes, levels of ability and injuries.

Shannon says: “The IYTA appealed to me as there are so many teachers delivering the course and everyone is an expert in their field. There was a great variety of lecturers and subjects from pre and post natal to seniors and children’s yoga.”

And with so many like-minded yogis on the course, Shannon quickly found another student – Ashlyn – who she discovered lived close by and was also a high school teacher! The pair ended up car pooling to the study weekends.  The pair have since become great friends and are still in close contact with the rest of their cohort.

Shannon says: “The course also affected me personally. I had Post Natal Depression after my second child and had become a bit perfectionist – I used to put a lot of pressure on myself, but when I did yoga I was able to walk away with a sense of bliss.  The course helped me discover tools which helped to manage my own anxieties about being a mum and someone who was working. I learnt how to let go and calm myself.”

After graduating from the course in 2018 Shannon says she was surprised how easy it was to build a yoga career. She says: “I never had to put myself out there – the work found me.”

Within a few months Shannon had created her own yoga business: Little Lotus Studio and was running about five regular classes including one class at a primary school, mindfulness sessions in classrooms, general yoga at two local gyms and private classes at a community hall.

Earlier this year Shannon taught a kids yoga class for Education Live earlier this year during lockdown. It was viewed by over 8000 people when it initially ran in July and another 10 000 last week during school holidays when it was put up again! Shannon’s daughter, Eliza, was her co-teacher and they played with the yoga poses based on the inspirational athletes in the Olympics.

Shannon also sells her own eye pillows. The idea came from when Shannon 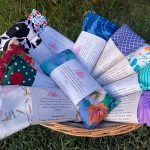 attended a class and the eye pillow given to her was filled with rice. She says: “They must have been filled with weevils as while I was lying in Relaxation the weevils and rice were rolling down my face! It wasn’t exactly relaxing!” 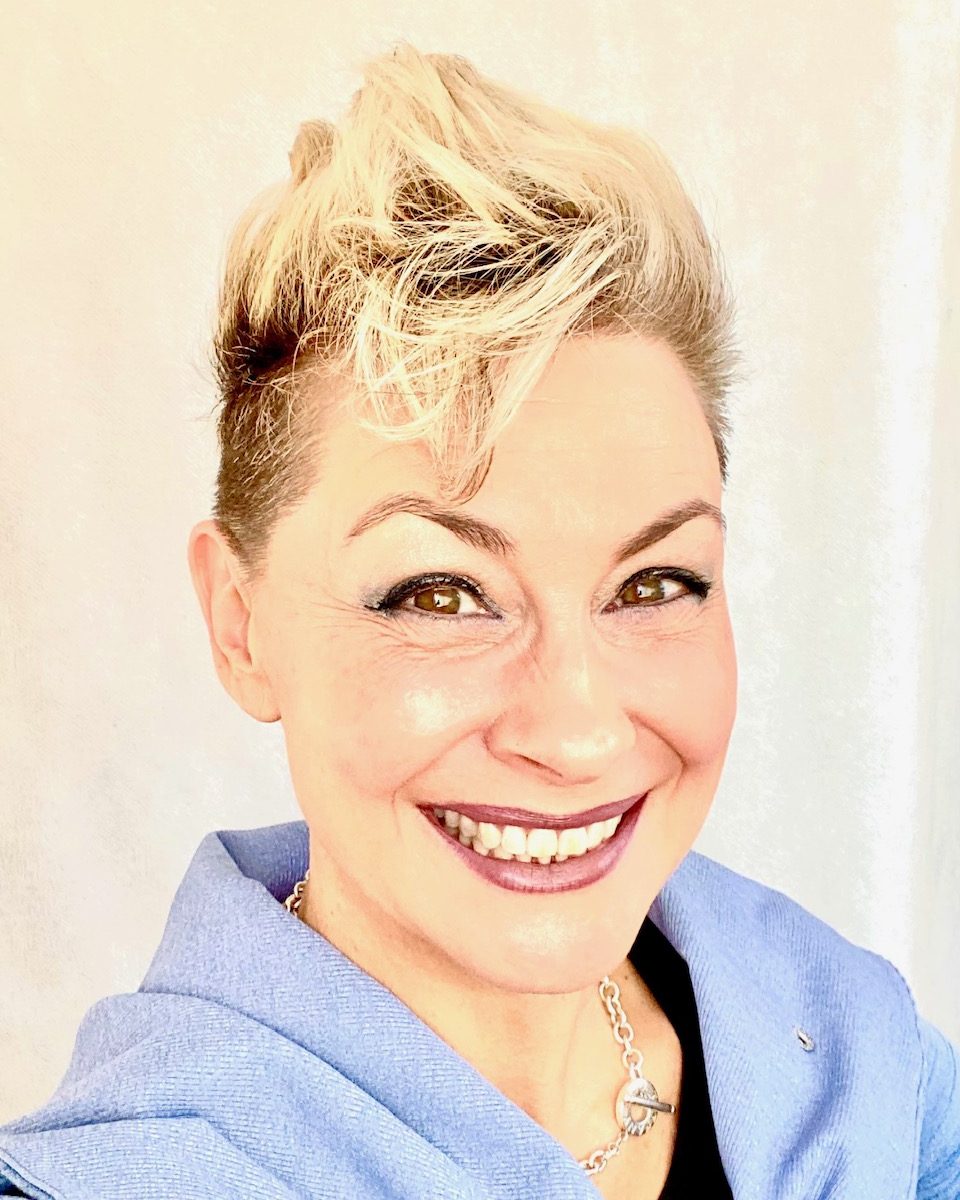 It may seem like a big claim, but Natalie Purden credits the IYTA’s Diploma of Yoga Teacher Training with saving her physically, emotionally and mentally. Here she tells why…

Natalie moved to the beautiful isle of Tasmania at the beginning of the pandemic – in that time she’s started working as a barber and developed her yoga business: Yoga Focus.

Since graduating from the IYTA’s Diploma of Yoga Teaching in 2014, Natalie’s simplified her life. She says: “I just cut hair and teach yoga… In the past I’ve complicated my life – but now I’m living the dream!”

She adds: “Yoga has shown me that when things are right, they all fall into place – there are no roadblocks, in fact the road becomes wider.”

Home is now in Launceston with a back deck overlooking three mountains, with partner Sacha who she says is one of the happiest and easiest-going people you could ever meet.

Natalie, 47, discovered yoga in a very unlikely location – she was creating a will at her local solicitor’s firm while living in Griffith, NSW. Her solicitor invited her to join the weekly yoga class that was held once a week in the back of the main office.

After that first class, she was hooked.  At the time she was in her early 30s, but could barely keep up with the other students aged 55+!

Her partner at the time would literally push her out of the door to encourage her to attend her “yoghurt sessions,” she laughs.

Then at 34, she moved to Victoria and began attending Val Fraser’s classes. Val was an IYTA member – and told Natalie about the IYTA Yoga Teacher Training Course, so in 2013 Natalie enrolled as a correspondence student (with Val as her mentor) and immediately she knew she’d found her tribe.

She says: “I chose the IYTA because it’s a not-for-profit organisation and it is filled with people who have a very big heart. Everyone’s intentions were very pure and I am sure most yoga teachers are like that – but I found it to be extra true with the IYTA!”

She was also keen to study with the IYTA as the qualification is recognised internationally.

But what really impressed Natalie was how quickly her health issues eased once she’d enrolled in the course.

She says: “My health was quite bad when I started the diploma, I had dozens of food intolerances and allergies. I was highly stressed and had trouble sleeping.

One of the main turning points were the pranayama sessions on the course where Natalie learnt the full diaphragmatic breath which led to her slowing her breathing and she began to experience a deep sense of relaxation.

Her stress levels reduced and her body began to heal and rejuvenate. Her sleep improved, allergy issues such as rashes and itches eased, her anxiety levels dropped, she found it easier to focus and even looked younger!

She says: “I learnt how to breathe into the postures and could feel myself coming out of a state of flight or fight and feeling more grounded. Even now if I don’t do my yoga practice – even for a few days – I can sense myself feeling anxious and not sleeping as well – as soon as I do my yoga, I’m a different person again.”

Today Natalie is about to add more classes to her teaching schedule and has just taken on the role of Tasmania Rep for the IYTA. She is keen to connect with other IYTA members in the state and encourages others who are keen to develop their yoga knowledge to get in touch.

She says: “I’m still learning about the role and attending the IYTA Committee meetings, but I’d love in time to create an IYTA yoga community here and support people as they go through the course, as Val mentored me.”