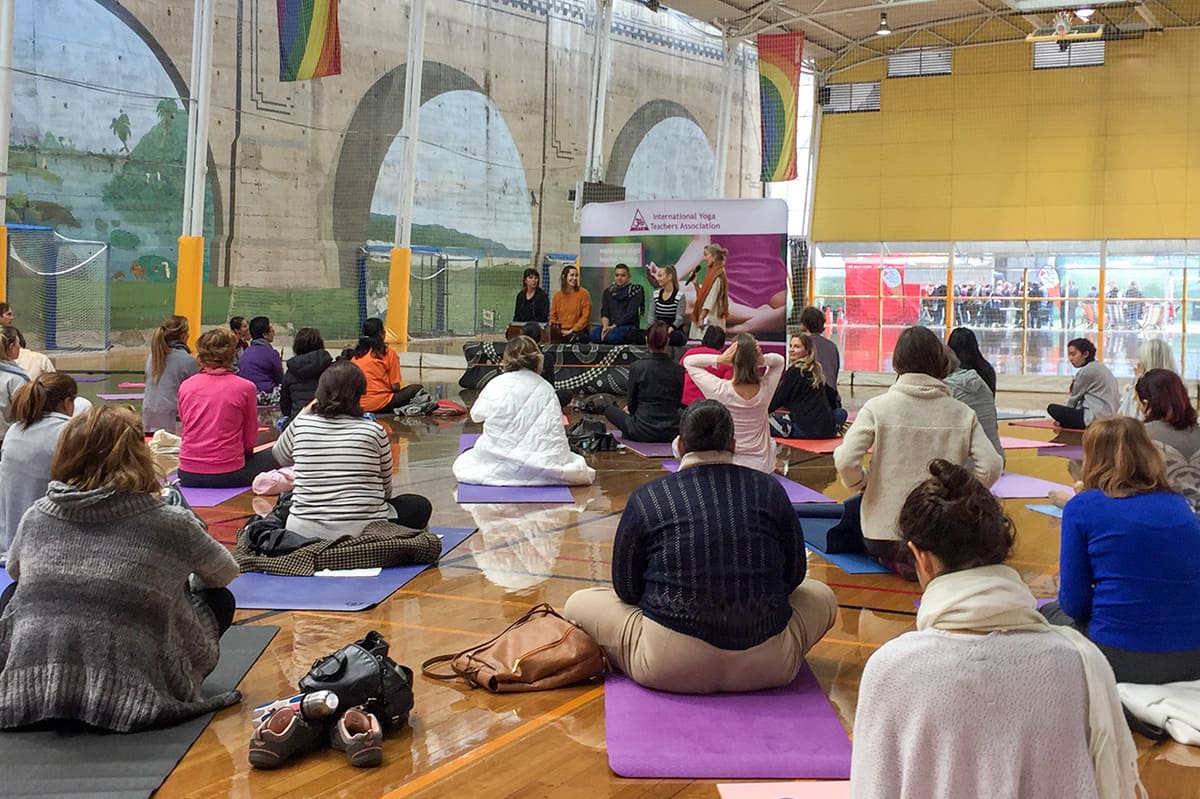 Enews chatted to three IYTA members who attended a morning of events to mark International Yoga Day at the KGV Recreation Centre in Sydney on 21 June.

The event, which was attended by a number of refugees – as part of Refugee Week, was organised by YogaHive and sponsored by IYTA, City of Sydney and Yoga for Nature. The activities included a yoga class, talks and a world food market.

“The indigenous smoking ceremony was really welcoming. There were speakers from the Indian Consulate and UN, which I found very interesting.

“Then we took part in an hour’s Hatha Yoga class before heading outside to the food market. I sat with some other IYTA members and had a Nepalese and Ethiopian lunch while enjoying the community atmosphere. The spirit of the day was really lovely and touched a lot of people…”

“I helped out with the other IYTA members greeting people as they arrived. It was a lovely day and well organised. There was a lot of opportunity to mingle and meet people from different walks of life. The food markets were beautiful and I had the Nepalese momo dumplings – which were delicious!”

The International Day of Yoga proclaimed by the UN aims to raise awareness worldwide of the many benefits of practicing yoga.

All images courtesy of Ali Shambrook