Yin – with a twist

At the end of the first day of the conference, what better way to unwind than to attend Sarah Manning’s Yin Qi Gong fusion class… 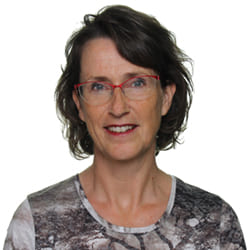 Sarah Manning is based in Asia, but such is the demand from IYTA members that she finds herself flying over to Australia regularly to run her Yin 1 and Yin 2 (and soon to be launched Yin 3) workshops.

She studied Chinese Reflexology while living in China and has trained in Tuina (Chinese Meridian Massage) and Yin Yoga while living in Singapore. She has led the development and introduction of all the Post Graduate IYTA courses.

Sarah was one of the many amazing yogis headlining the IYTA’s 50th anniversary conference held in October 2017.

She taught a 45-minute class – at the end of Day One. With limited props on hand, Sarah has opted to teach a Yin Class blended with Qi Gong breathing and meditation practices.

She says: “Yin to me is all about the breath and meditation, it’s what you do while in the pose that matters. Yin is not just about going into zombie land and letting your brain disappear (you can if you want!) but it is a great opportunity to expand your breathing and meditation techniques.”

She believes that in the West we have a tendency to stick with the same set ten pranayama practices, where we will sit do that practice deliberately at the end of the class. Whereas Sarah believes pranayama is a source of energy and vitality that we can use at any time.

In the Conference Class, Sarah chose a sequence of postures within each pose working on a particular TCM (traditional chinese medicine) element and chi gong breath.

One of the practices she led us through was the soft Chui (water element breath) where you inhale through the nose and with pursed lips blow softly out of the mouth. Cooling calming and slowing down the rate of breathing. This breath is also used in childbirth as is referred sometimes as the “golden thread” breath.

Then we practiced Fu breathing (related to the Metal element), where the tip of the tongue is placed just behind the upper front teeth while breathing in and out. In this position the tongue acts as a conductor or bridge for the qi energy to flow down the front of the body along the Ren channel (Yin Channel).

Fu breathing is used as a stress reliever as it induces relaxation and stimulates the parasympathetic nervous system. it is often used in the meditation practices in qigong.

She has studied with Qi Gong Grand Master, Anthony Wee. Anthony is based in Kuala Lumpur, Malaysia, but travels to Singapore for a week each month. For the past five years, Sarah has been his Cela (student). She says, “Qi gong is like yoga a century ago, you have a master and he has condensed what he has learnt and he is giving it to his Cela and so there is no uniformity within the qi gong world. If you don’t understand he tells you to go away, practice and come back to discuss it again.”

Sarah’s class was a taster for Yin 3, which is about incorporating Qi gong breath to the practice and looking at particular pressure points.

Click here to find out more about our YIN courses