Since completing her yoga training more than 20 years ago Satyaprem Gibson has been one of the IYTA’s staunchest supporters and helpers. And to honour her devotion to the organisation, she has been given a lifelong membership of the IYTA. Now this peace angel is ready to stretch her wings… 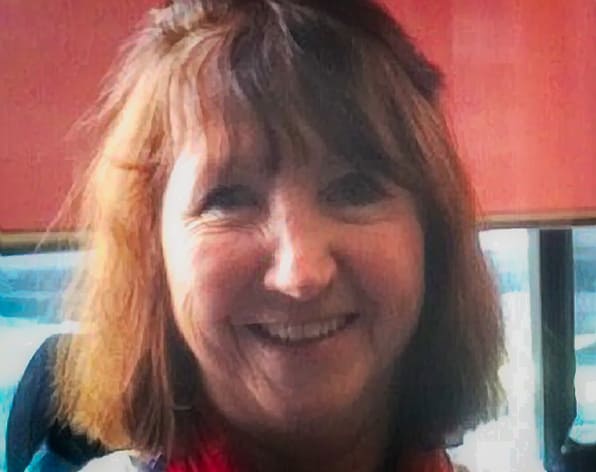 One of the highlights of Satyprem’s two decades with the IYTA has been the connections she’s made with yogis around Australia and the abundance of yoga styles embraced by the IYTA.

And at the recent IYTA 50th anniversary conference, it was Satyaprem who suggested Shakti Durga to do a Diwali blessing – symbolising and spreading love and devotion.

Satyaprem says: “A lot of people came up to me after (the blessing) and said how it demonstrated the Bhakti aspect of yoga and how wonderful it is to weave that dimension into our practice and teaching.”

Bhakti has certainly been a big part of Satyprem’s yoga journey – she’s been course-coordinator and taught Meditation on the IYTA’s Diploma of Yoga Teaching, she’s been on the Teaching Committee and Committee of Management and even drew some of the recent drawings in the updated Asana Handbook! She is also a member of the Peace Angels – a transformational theatre company which helps spread a global message of peace and love.

As part of the Peace Angels, Satyaprem has performed in India, Australia, Ireland and America.

She says: “For me, Yoga has developed from the physical to the emotional, into the deeply spiritual. It has focused me on the purpose of my life and encouraged me to share the wisdom I have managed to gain along the way with others.”

And when she isn’t being a Peace Angel, Satyaprem teaches four yoga classes a week in Sydney and fills in as a substitute teacher for others. She’s a former University lecturer who has trained with Dru Yoga and studied Ayurveda and NLP (Neuro Linguistic Progamming). And next year she is studying with the Krishnamacharya Yoga Healing Foundation in India.

She’ll take two modules for the next three years – spending a month each time in Chennai. She says: “As a yoga teacher you are always looking to continue your involvement and learning.”

She continues to be a strong supporter of the IYTA and was deeply honoured when given the lifelong membership of the organisation at the recent AGM.

She says: “I feel very humbled at my small contribution. So many others have given generously and happily – I would like to acknowledge all the other people who have given so much to IYTA.”

Satyaprem will continue to support the organisation and is looking forward to attending workshops. She’s also keen to write for the International Light and is open to whatever may unfold on her yoga journey.

For the full article don’t miss the next issue of International Light.