After nearly four decades’ dedication to the IYTA, Wendy Batchelor is stepping aside to pursue other spiritual and life goals. We wish her well and honour her contribution to our Association. 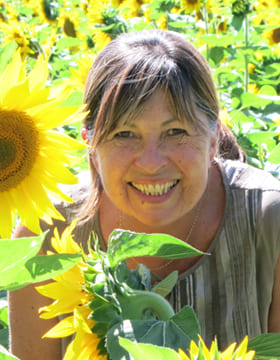 For many IYTA graduates, Wendy Batchelor holds a special place in our hearts and on our own yoga journeys. Her warm, friendly and playful style of lecturing made the most complex of yogic philosophies easier to understand and she encouraged so many of us to question and peel the layers in order to seek our divine truth.

Wendy’s continued dedication to the Association makes her one of the pioneers of the IYTA. She has been a key lecturer on the IYTA’s Diploma of Teaching Course, a past President, a long standing member of the Committee of Management and TTC Com and organised the 1997 IYTA Convention in Uluru.

Wendy’s own yoga journey began at the age of 21 when she attended Relaxation Classes run by The Smith Family in the city centre. Shortly after she moved to Newport on Sydney’s Northern Beaches and found a yoga class run by IYTA teacher Trudy Berg. She felt instantly at ease as Trudy guided her through the same relaxation practices and Wendy felt as if she had “come home” to yoga.

From here Yoga became a calming and vital part of Wendy’s life, which led to her enrolling on the IYTA’s Teaching Diploma in 1979.

Soon after graduating, she found herself with five students in her lounge room. From there she taught a children’s yoga class and a year later, was invited to lecture on the IYTA’s Diploma of Yoga Teaching.

Five years after graduating, Wendy joined the Committee of Management, although just three years later and with three children aged 15 and 12 and 8 she had to withdraw from IYTA commitments to care for her husband who had terminal cancer.

She returned to the IYTA Committee in 1991 as Vice President and shortly after became President – somehow managing to do this role alongside a full-time job as a health educator with the NSW Department of Health and as a single mother.

Wendy relinquished her role as President to organise the 1997 IYTA World Congress at Uluru and took a well deserved break from COM to focus on her Masters studies. She then worked as a part-time lecturer in Health Science Education in the School of Community Health at University of Sydney, before Hakomi Psychotherapy – a body focussed psychotherapy grabbed her heart.

During this time, Wendy’s passion for yoga and the IYTA ‘family’ took her to the Spain Yoga Convention in 2000 and opportunities to teach with Ramon Ribo on the Spanish IYTA Yoga Course. It was on one of her trips to Europe that she fell in love with France – and her now husband – and lived in France for 10 years taking groups on spiritual journeys. She now lives in both Australia and France.

Wendy is now keen to work more deeply with Yoga Psychology and to continue to take and lead others onyatras, pilgrimages in Western Europe and Australia. ‘These spiritual journeys are about leaving home to come home, and opening a door for something new to enter. Some places on the planet have heightened energy for this and are therefore considered sacred. ‘These journeys are about our relationship with ourselves, each other and the earth’. Wendy will continue to live in Australia and France. After sustaining a severe back injury last year requiring prolonged treatment in Australia, she hopes to be back to teaching and to being in France again soon, walking the beloved earth of the Pyrenees, and ‘kissing the earth with her feet’, as Thich Nath Hanh instructs us to do.

Wherever you go, go with all your heart is Wendy’s mantra.

Please join the conversation, add your comments or tell us about your experience below: