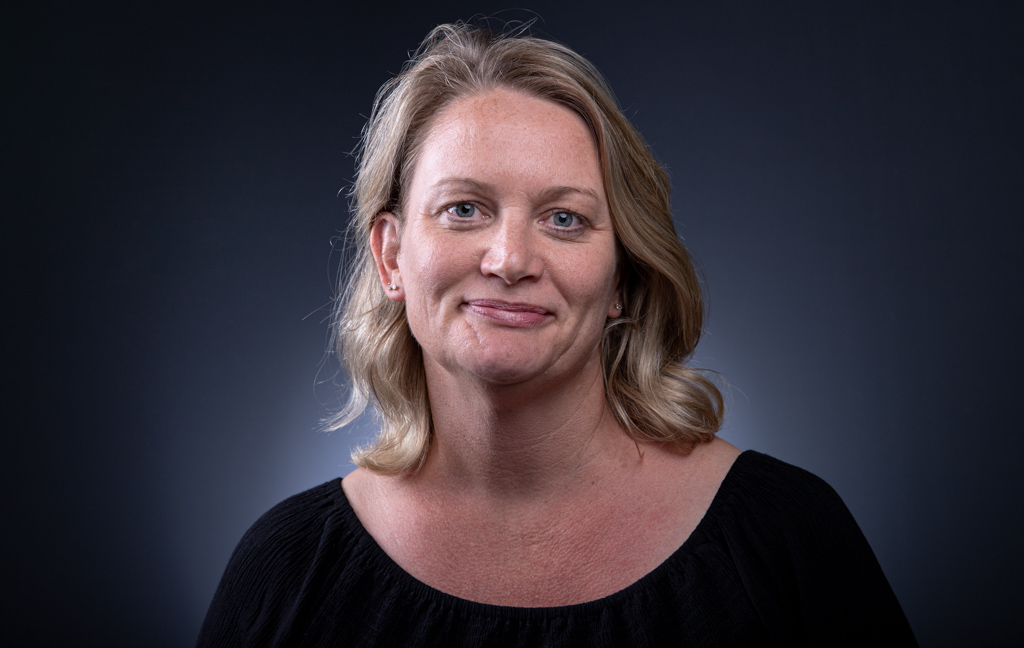 Narelle Lockwood is our IYTA Victorian State Rep – she’s keen to create a state-wide community – so please get in touch!  Here she talks about how yoga has shaped her life.

I’ve got childhood memories from the early 1970s of going to a friend’s house to do yoga, which I loved. But it wasn’t until my late 20s/early 30s that I was drawn back to the practise again.

It was a time in my life that was pretty hectic – I had a lot of responsibility – a  job and career in the building industry and was also a step mum to three primary school-aged children.

As I was working in the Brighton area I started to look for a local yoga teacher and was so fortunate to stumble across the amazing Norma Hay-Smith – who was part of the  IYTA community and a teacher trainer at the time.

I really enjoyed the stillness yoga brought to my life, time for reflection and the ability to just be able to ‘pause’ for a moment. I often recall saying in my early years of yoga that it kept me sane – balanced sanity! I am so thankful for the way Norma brought yoga into my life, and how over time, she slowly deepened my practice and knowledge with her subtle guidance.

Then five years later, I left the city and moved back home to West Gippsland in Regional Victoria so I could start my own building design business and raise my son close to the family farm. And there I attended classes with another amazing IYTA, teacher Maureen Ryan, in her purpose-built yoga studio, set in the beautiful gardens of her property.

Maureen suggested I do the IYTA yoga teacher training and become a yoga teacher – as I was one of her most regular students and had a strong practice.

At the time I wasn’t able to commit to the training as I was running my own building design business, lecturing part-time at TAFE and a sole parent to my son, Fletcher.

A few years later, when I had stopped lecturing and Fletcher was a bit older, life just seemed to open up a little and I found I had the space and time to do the training.

It turned out to be the perfect timing as Maureen was thinking of moving into retirement and so I was able to take over some of her classes. I finished the training in 2016 and have been teaching ever since.

I also love attending yoga classes wherever I travel and in pre-Covid times have practiced from New York city to Coober Pedy, from Mt Kosciuszko to the Murray river. I love experiencing yoga in different forms and from different teachers.

At the moment I teach five classes as week – including three at Maureen’s studio in Warragul and two in the salt therapy room at Buoyant Sea in Warragul.

I also teach a yoga nidra in the salt room, the floor is covered with salt, and the room is lit by Himalayan salt lamps – it’s incredibly relaxing and peaceful space. And an amazing environment for breathing and clearing the airways, and healing the skin.

I took on the Victorian State Rep role almost by accident – as the IYTA needed someone monitor the IYTA Vic emails – and somehow that has evolved into helping to organise events and attend the IYTA Committee meetings!

We had the Seniors Chair Yoga in November 2019, which was a great success, but of course the Covid restrictions has meant we’ve not been able to do much other than online workshops. We are planning to have the Restorative Yoga face-to-face at the end of January though!

I’m keen to connect with as many IYTA members in Victoria as possible. I’d love to hear from anyone – not just the Melbourne metropolitan area, but in the regions as well. I’d like to organise seasonal gatherings and workshops with like-minded people and to build a strong, supportive yoga community.

Connect with Narelle today at vic@iyta.com.au