Jo Blackman and June Greenwood – two loyal IYTA members were both awarded with Life Membership at the 2019 AGM in Wilton, NSW. And Mary-Louise Parkinson and Dyan Ostrow were given a Certificate of Appreciation. 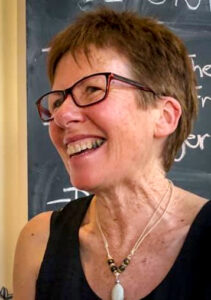 “It was a great honour for me to receive the IYTA Life Membership Award, and completely unexpected. I was very disappointed not to be able to attend the
celebrations as I was travelling overseas (in Japan). One never thinks of one’s own efforts as being so great but as just doing what you can and part
of the collective.

“I completed the TTC in 1987 and over this time I have seen so many people give so much of their time and energy so freely. Often quietly without drawing
attention to themselves. Each with their own vision to incrementally ensure the IYTA grows and remains vibrant and engaging to a very different yoga
teaching world that 30 and 50 years ago. I have seen so many lives transformed including my own.

“While I no longer teach, I still feel very much part of the IYTA family. This is one of the IYTA greatest strengths – a membership for everyone.” 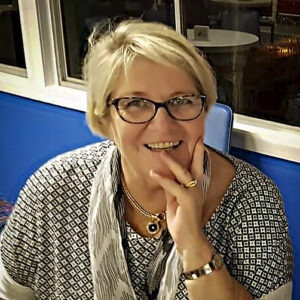 “I completed my IYTA training in 1985 after going to India with Howard Kent and group from Australia. While there, I met Mary Johnson and she convinced
me and to do the IYTA course – which I did by correspondence. After graduating I worked as Treasurer for the South QLD group and organised lots
of workshops just about every weekend!

“Over the years I have nominated and mentored many students to do the IYTA Teacher Training Course as I felt that it was the best course available.

“I was also on the panel of assessors for students doing their class for the finals of their teacher training course when assessments were held in
Brisbane.

“IYTA – has been my life and it’s formed me. I’ve loved everything about it from the friendships to the students, the course, everything. I taught
continually from when I graduated to just a year ago when I took a break from teaching.